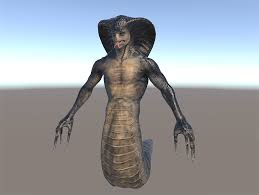 I woke up at dawn as usual, despite having stayed awake for most of the night and It felt natural to wriggle my way towards the bathroom in order to relieve myself. I was already naked, so all I had to do was allow the warm urine stream out of my shrunken penis, then wriggle back to the bedroom after the last spurt.

The overwhelming urge to hiss and flick my tongue in and out of my mouth came out of nowhere and I duly obliged, to be immediately rewarded with the knowledge of a frightened gecko lurking somewhere to my left in the darkness, a snack to search out much later if and when I got hungry enough. Last night’s rat was still digestion-in-progress, and my eyes itched a bit, triggering a bout of rapid blinking as I lay there on the cold concrete, patiently waiting for the sun to bring its energizing heat.
*****
I’d been angry that day. Someone picked my pocket as we rushed to board a coaster bus at Oshodi. But for the fortune of a lone five hundred naira stowed away in my breast pocket, I would have been unable to pay my fare to CMS. It was while the pain of my loss burned brightest that the old man stepped on my new white tennis shoes with his muddy feet, and it wasn’t even the rainy season.

“Can’t you see?” I barked at him, the noise of mid-morning traffic taking away most of the venom.

When I think about it now I know I probably went overboard with my reaction, but at that time, I didn’t care. Yes, he apologized for his error, but something just wouldn’t let me allow it slide.

“Sorry for yourself,” I screamed at him as loud as my voice box allowed, then moved closer and actually shoved him, hard, satisfied as he went sprawling on the pavement, almost ending up on the busy road itself. Everybody had somewhere to go, so no one spared us a glance.

I didn’t expect a counter from him, but still, I stood at alert, ready to shove him again if need be. He just smiled as he struggled upright with the aid of his crooked walking stick, revealing muddy brown teeth which matched his dirty singlet. His grin both repulsed and hypnotized me, and thus distracted, I surprisingly didn’t react as he stumbled closer and made a grab for my wrists.

“This will help you learn empathy,” he wheezed, squeezing.

His breath stank, horribly, and both of his hands felt cold during the few moments he held on. Of course, I got mad again and shoved him off the second time before walking away angrily.

Later that evening Ruka, my girl, came over, and immediately I touched her arm I’d felt an intense burn in my scalp as she narrated how her hairdresser had negligently let the relaxer stay on too long and got her scalp burnt. The connection failed to register, especially as we soon started making out.

A week after, Kamil, who lives next door killed a pretty brown snake and I touched the carcass while posing for a picture with it.

Fifteen days after the old man touched me, I was happily crawling on the floor of my apartment and catching rats with my teeth.

One thought on “SLITHER”