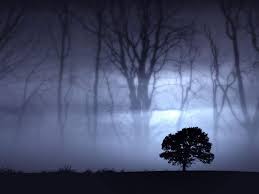 “…mummy I’m tired. Can we go back to daddy now please?”

“No! We’re not going back to daddy, and stop distracting me!”

Silence reigned in the dark interior of the car thereafter.

Shifting my attention back to the empty moonlit road ahead, I stole a couple of occasional glances at my petulant four year old as she lay deflated on her seat. I felt bad for snapping at Kiki, but her whining for us to go back home to her daddy had finally gotten on my last nerve.

Different emotions surged through my mind as I drove mechanically. Regret that I’d waited for this long before doing what I should have done ages ago, elation that I’d finally left the man who’d made the last six years of my life a living hell and some worry about how I was going to cope with the struggles that were sure to surface in the days ahead.

Donald was going to come after us, and an angry Donald was a very scary proposition. With the party primaries for the senatorial seat happening in a fortnight, he could scarcely afford the scandal that would erupt as a result of his model wife absconding from home with his only child. That would spoil his carefully cultivated ‘family man’ image.

If only all his supporters actually knew how vile a human being he was beneath that smooth veneer of congeniality they all loved so much, If only the church community knew their adored and venerated area pastor was really a domestic monster and wife abuser, if only Kiki knew the doting father she wanted to go back to so much was just waiting to get into office before kicking her and her mother out into the streets.

Finally we arrived at the guest house, an unpainted storey building hidden behind a high concrete fence. There were no other houses close by, and the road leading directly to it was freshly opened and unpaved. The car’s headlights picked out vegetation on both sides of the road as we bumped up to the gate in the pervading silence.

I’d chosen a place outside of town to make it as difficult as possible for my rampaging husband to find us.

“Mummy, is this where Daddy will meet us? When is he coming?”

My girl was awake and we were back on speaking terms, thanks to the sleep interlude and a half melted bar of chocolate grudgingly offered and accepted but eagerly devoured. I had bought back her smile, at least for the moment. Come morning we would definitely have issues again once her father doesn’t show up, but at this point in time all I wanted to do was just flop on the big yummy looking bed and sleep for days.

“Don’t worry honey, Daddy will soon be around.”

“Can I watch cartoon network” she asked. I was preparing to take a shower.

“Not now honey” I replied, expecting another tantrum and thinking the chocolate bar had been a mistake. Instead of breaking down however, she bounded over to the sofa by the window and dragged the curtain aside to gaze outside. Our room was upstairs at the back.

I stopped putting paste on my toothbrush and looked in her direction.

Wrapping the bathrobe tightly around my chest, I crossed over to the locked casement window in fatigued strides and peeped outside.

One corner of the room was jutting out almost atop the back fence and the window looked out directly into the bush beyond. In spite of the security lights on the wall, everywhere was blurry and obscured by thick mist, which was strange as the sky had been clear under an almost full moon when we drove in less than an hour ago.

“That’s not smoke Kiki, that’s called mist and its outside because we’re in an area with lots of trees.”

My daughter nodded thoughtfully as I explained to her.

“Okay mummy. Can I watch the meeeest then?”

Thinking to myself that it was at least better than cartoons, and would give her something to do while I showered, I acquiesced.

“Yes you can Kiki. Just let me put off the light, then you can draw the curtains all the way to the sides.”

I snapped off the light and heard the curtain runners moving as I pushed open the door of the adjoining bathroom.

The bath was relaxing and I lay luxuriating in the warm soapy water for longer than I’d originally intended. Time seemed to stand still as the stress of the day slowly dropped off my bones into the soap suds. Through the closed door I could hear the muffled sound of movement and my daughter’s voice.

“…mummy, the meeeest is coming to our room…”

Sighing I started preparing to get up as that meant ‘me’ time was over. With Kiki one couldn’t switch off for long.

Still, it took another ten minutes to drag my tired body out of the tub, toweled dry and back into the bathrobe. Kiki had gone quiet, hopefully asleep, and I sent a silent prayer of thanks towards heaven as I opened the bathroom door and stepped out. At least I could get some sleep too.

The room was empty.

Although I could practically see everything, I rushed to the wall and quickly turned on the lights.

My daughter was nowhere to be found. Struggling to control the wave of panic rising in my chest I rushed to the bed and patted it down then checked underneath it to be sure she wasn’t playing hide and seek.

In my confusion I even rushed back into the bathroom to check if she’d slipped inside without me noticing her. It was empty. I tried the exit door, it was locked and the key lay beside my bag on the small bedside refrigerator, the same place where I kept it earlier.

I heard myself scream.

Only the silence of the empty room answered me, that and the hum of the air conditioner hung high up on the paper covered wall close to the ceiling.

The curtains were still drawn, and outside the bitten moon loomed high and large in the night sky.

The mist was gone.