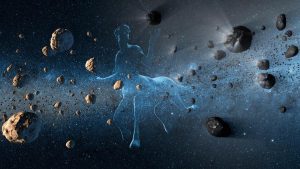 I woke up very late this morning.

Usually, I don’t wake up late in the mornings because I have two separate alarms by my bed set five minutes apart to rouse me from slumber no matter how deep I sleep, and I’m a deep sleeper. Those things are loud I tell you, like banshees. I call them audio bombs. The office is far away from my house and I need to wake up very early in order to catch my first bus, so the radical approach to ending sleep is highly necessary. If I leave home just five minutes behind schedule, there’s a domino effect on every other thing and the rest of my day is to put it very mildly, terribly fucked. So I cannot afford to wake up late.

But I did this morning.

I woke up late, probably because I had a nightmare during the night. It was a terrible one, in which I found myself being chased for what seemed like forever through a dark, quiet forest by an untiring centaur. Let me call it a centaur for want of a better name because the beast had the extremities of a giraffe attached to a man’s torso, had a pair of elk like horns and carried a wicked looking spear in one hand and something like a Dragon’s spine in the other. I can’t remember why exactly it was chasing me, or how we got to meet in that evil forest in the first place.

Throughout the chase it never got closer, and neither did I get any farther. We were always in balance, it, galloping fast enough on those long and unwieldy legs through the black murk of the forest floor, deftly enough to dodge between trees and beneath hanging branches to stay within touching distance of my back (I could feel its fetid breath on my skin some of the time) and me, slipping and falling enough times to make sure I was always just outside of the reach of its angry steel. It was ugly, big, ugly and livid, at least from the little I saw of it the few times I hazarded a glance. I wouldn’t have survived the encounter if it had caught me.

I woke up with my heart beating like a jackhammer and my lungs short of breath, and only the smooth feel of the mattress beneath me and the glow of my bedside lamp kept me from jumping up from the bed and running out of the room in terror. Thank God PHCN was on point for once. The dream was that vivid.

It took a while before sleep dared to return, about an hour or so. Just as I was about to drop off again I thought I saw a pair of red eyes peering in at me from the darkness outside through the smallest of gaps between my window blinds. All I wanted was to go back to sleep by then and it was as well that my groggy brain dismissed the sight as probably a trick of the light.

Somehow I woke up this morning, very late and with an aching head. The sun was already high in the sky and I could hear the bustle of traffic as I did. It was 8.30 a.m. when I woke up, and I wanted to cry. How could both alarms have failed me, especially on a Monday morning? How? Or was it that I was so caught up in dreamland that I didn’t hear their bedlam?

There was no time to ponder further on that conundrum. How to reach the office was paramount on my mind, that alongside with what lie to tell my boss to cover for my lateness if and when I finally made it to work, knowing Lagos by daylight. I rushed to the bathroom in a frenzy to spend a few nanoseconds mimicking having a bath and rushed back to my bedroom to throw on some clothes.

Then I saw it.

Right there by my bed, clearly printed in black mud on the cream colored rug was a pair of hoof prints, and they were huge! Actually, they were humongous.

How did they get there, in the height of the dry season, my street being fully tarred and my compound paved with concrete, I happen to live alone and had my door properly locked (I checked).

I’m not sleeping in that house again, not tonight, or any other for that matter.