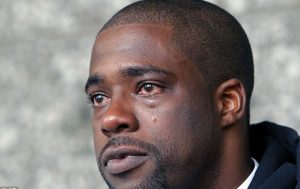 “…Dearest Jerry, he’s not like you at all; young, fresh and exhilaratingly vibrant. His fingers aren’t that supple, nor are they capable of making my skin burn with electricity any time he touches me in those places like yours do. His kisses don’t infuse me with wild fire, and his tongue doesn’t liberate the tornado of my inner whore. His attempts at romantic conversation are clumsy at best, and his eyes don’t make my heart flutter. Every time we get intimate it feels as if a cold dead fish somehow wriggled its way between my legs, and all I feel inside while he huffs and puffs is the numbness of loss, the wimp. I’m tired of replacing his ugly face with yours each time he’s close by.

Tunde slammed the diary shut, too traumatized to read any further. His hands shook as he struggled with the magnitude of raw pain that threatened to engulf his entire being. Unable to believe what he just saw however, he flipped it open again to check the date of the entry, so as to be sure it was recent and not a piece of stale fiction.

Valentine’s Day, the 14th of February 2017. It was signed EAA, Eyiyemi Alade-Allen.

Tears came to his eyes as he remembered all he had gone through to make their first valentine as a married couple super special for his beautiful new wife. Who could have imagined that all her oohs and aahs of delight at the numerous bouquets of flowers and the expensive gifts were false. To think that the woman he spent his days and nights fawning over for the past six months had a lover on the sly was shocking, but that she felt such revulsion towards him was even more devastating.

The last part of the entry was the coup-de-grace.

Carefully so as not to cause any noticeable disruptions, he replaced the small red book inside her closet from where it had tumbled out as he searched for her International passport. He’d been planning a surprise vacation trip to Vienna for a while and had picked up their tickets on his way home from work, intending to put them inside and leave it underneath her pillow for her to find.

He found total heartbreak instead.

A line of thought slowly stole into his mind as he closed her bedroom door. It took root and blossomed as he returned to his room to await her return from her weekly spa session.

If ‘dead’ was how she really felt with him, then maybe it was time for him act as a good husband should and make her dreams a reality.

A savage new light crept into his eyes…

One thought on “PAYBACK”